Maravalli kizhangu| Tapiaco | Kappa|Cassava chips is a popular one in Kerala. I still remember eating kuchi chips during my childhood days more than potato chips. This chips we used to get everywhere easily and also in the pack of 250 grams it will be many as compared to the potato chips. But i never remember amma or paati making this at home. Only Vazhakkai chips is made at home so often as we have many vazhai maram at home. .As it is now the season of this maravalli kezhangu, my sister was insisting me to make something out of this. So i tried the kuchi chips which is one of my personal favorite. Only peeling the skin of the tapioca was bit difficult, other than that, the making of this chips at home was so easy. But my helper later told me there is an easy way to peel the skin and showed it to me. I will take the video of it next time and update it here. The chips can be served as a teatime snack or can be served with  rice too. 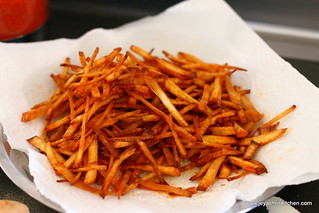 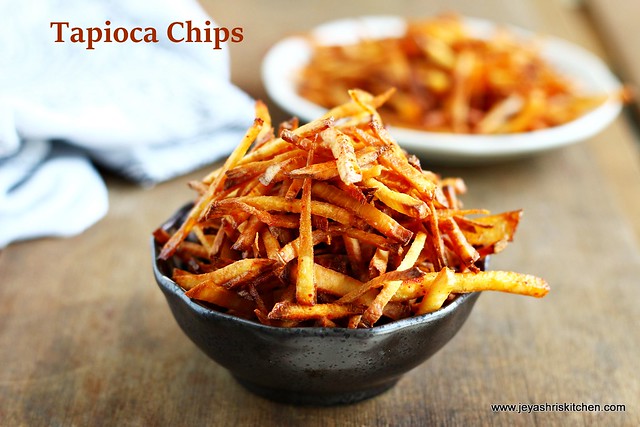