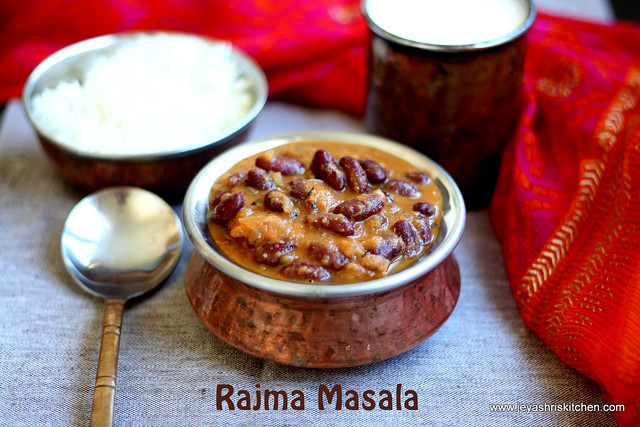 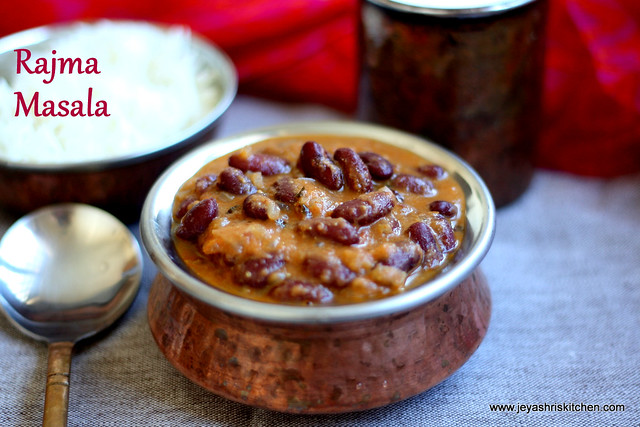 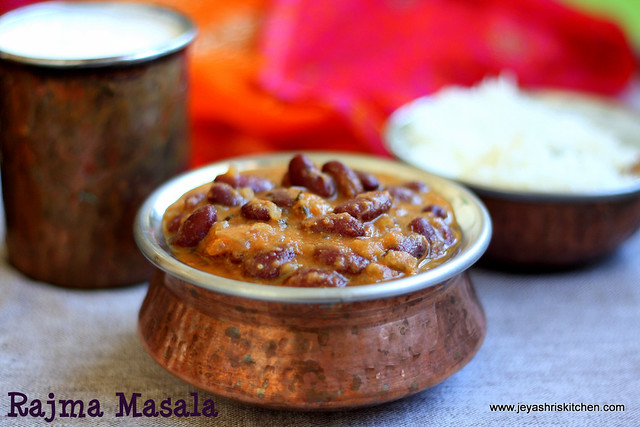 Check out these recipes too:

Its in my try list for a long time. Tempting clicks..Must try soon.

Nice pics. Rajma masala is my all time fave, this with rice is a heavenly combo.

Rajma and Chawal is a hot favorite combination at my place..my comfort food!!

I used to make this a lot..but long time now..looks delicious!!!

Rajma sabzi is a very comforting side with fresh hot rice….

whenever i plan to make this, i forget to soak the beans. always happens and a packet is left unopened in my fridge!

lovely one jey ! have to try !

My fav! Who can resist them…
Do participate in my event
@Fast!Fresh!Simple

yummy rajama sis and have this anytime

I havenot tried tinned rajma for this, should try, sounds easy 🙂

One of the fav at home too..looks nice

Such a healthy and traditional dish.. looks perfect.

Looks super delicious. We love rajma in out family.

This is my fav anytime…love the deep color of the gravy!

This is My fav one too 🙂

Jey I love the clicks. Almost looks like its out of a restaurant. I am sure your son must have enjoyed!

Nice picks and really tempting.I make it the same way but for the milk/cream, will give it a try next time.

I am such a fan of this dish.. Lovely step wise pics..

Is milk essential in this recipe?

Milk gives a creamy texture to this rajma, though u can omit, but i highly recommend to add milk

good one i tried and came out well

Turned out very yummy… Gave to my neighbors as well. Awesome it was….Thank You

Sister,
Awesome Recipe.I am Vegan how to substitute with milk? Can we put Cashew milk? Thanks,

Yes you can add Welcome to Jeyashri’s Kitchen! I am Jeyashri Suresh and my passion is to create healthy and tasty food and try out new recipes in my kitchen. The ingredient that I use the most – “love!”

In my childhood days I was always told that “the kitchen is the heart of the home”. Most activities revolved around the kitchen and I was awestruck by my grandmother and mother’s never ending dedication to cooking.They were endlessly cooking great variety and tasty dishes everyday and for very occasion. My grandmother and mother were clearly my inspiration to ignite the love of cooking in me!